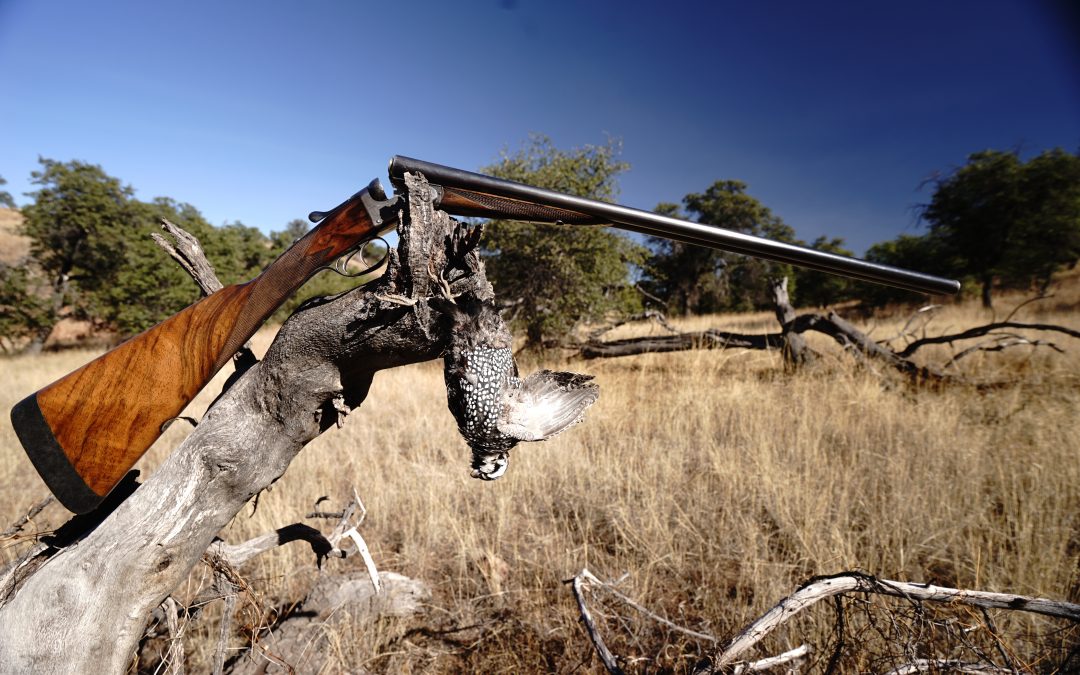 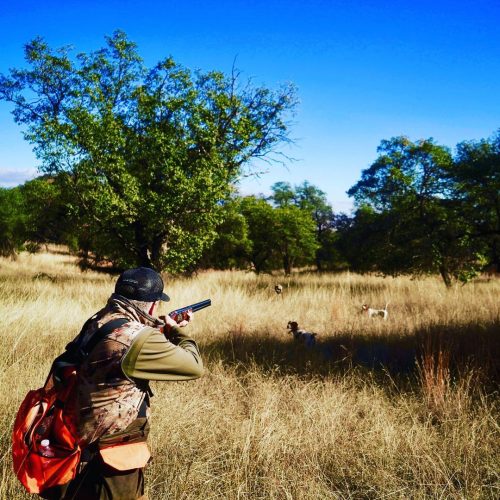 With the variety of Quail we have and the different habitats that they are found in I.M.H.O. requires different chokes to meet the challenge of Hunting Quail in Arizona.A tightly choked gun might be ok for Scaled and to some extent Gambels Quail but could be a disadvantage hunting Mearns Quail. 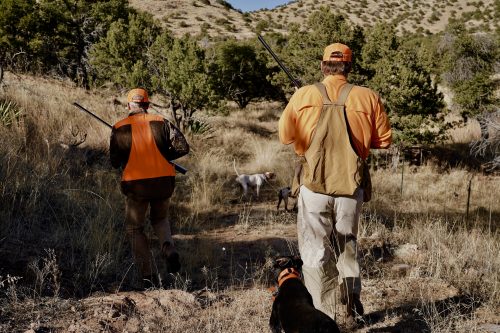 Mearns Quail hunting is usually in tight cover where the birds have a tendency to fly behind trees quickly which requires a more open choked gun.For Arizona Mearns Quail hunting I like a gun that is choked Cylinder and Skeet,and shoot 7.5 shot out of the first barrel and sometimes a #7 shot out of the second.The first shot is open and although the 2nd barrel is also open its still a little tighter than the first shot as generally the 2nd shot is a little longer therefore I want a tighter pattern -but not by much ! 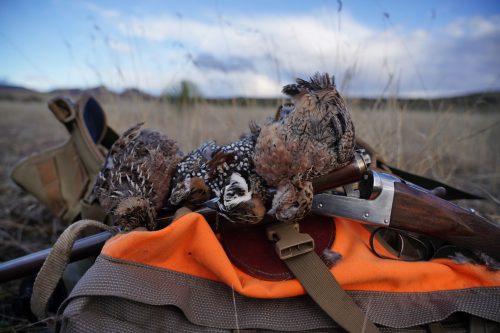 My designated Mearns Guns are ether 16 gauge or 20 gauge SxS’s  and all weigh less than 6 lbs. 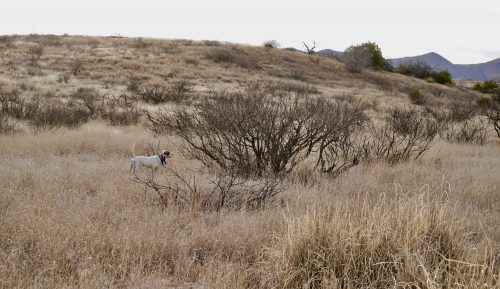 Of course I could and sometimes do use the same guns for Gambels and Scaled Quail Hunting which generally takes place in more open country but I prefer or I am more confident with a tighter choked gun plus its a good reason to justify purchasing more shotguns. 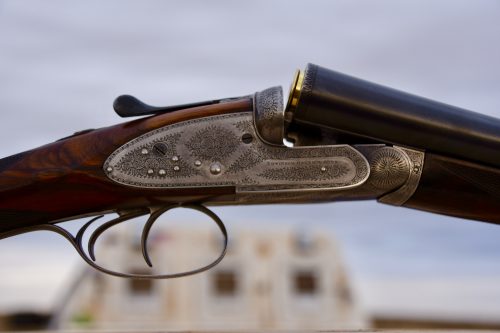 For Scaled and Gambels Quail the guns I have 2 12 Gauge SxS’s that are both choked Skeet and Light Modified.My “Travel Gun”  is a little AYA 20 Gauge that I had choke tubes installed I use the same choke configuration in this gun.Although some may think that a 12 Gauge is overkill however both guns weigh under 6.5 lbs and pattern well when shooting 1 1/16 oz loads.Both Scaled Quail and Gambels Quail are extremely tough birds and I find shooting a 12 Gauge flat out drops and kills them, probably because of the larger shot pattern.So its a confidence thing based around my shitty shooting skills and I want don’t want to be burning  up precious dog energy looking for cripples.

The Loads I use for Arizona Quail Hunting are 7.5 and 7 for Mearns.For Scaled and Gambels Quail  I shoot  a #7 followed by a #6.Out of a 16 Gauge gun the loads are 1 oz, for the 12 Gauge guns they are 1oz -1 1/16 oz and out of my 20 Gauge im shooting 7/8th oz loads.This choke and shot configuration seems to work great for me and the guns I’m shooting.Give it a go see how it works for you. 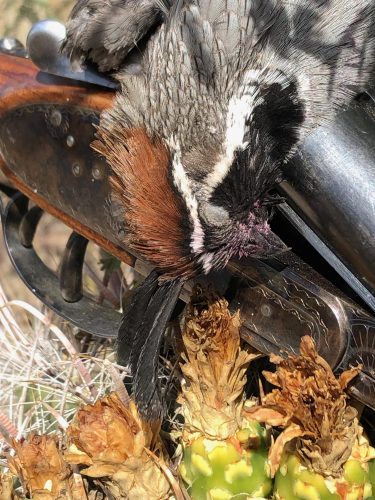 Gambels Quail and a 20 Gauge SxS

Kate is pointing where the birds where,Chili is po

Sunny getting powered up for the am shenanigans #d

The Honey Badger and Crush team up on a #covey of

Chili 🌶 getting it done on #arizona🌵 #gambe

We ran into this guy walking up the road.He is fro

6 birds out of 4 coveys is a decent little outing.

Had some me time allowing me to scout out some new

I have always ran Chili 🌶 (EP) with Kate (Britt

Its handy to have a Labrador ( or any flushing dog

BooBoo our little #blacklab is on it when it comes

Covering a “Millie “ had its rewards in the fo