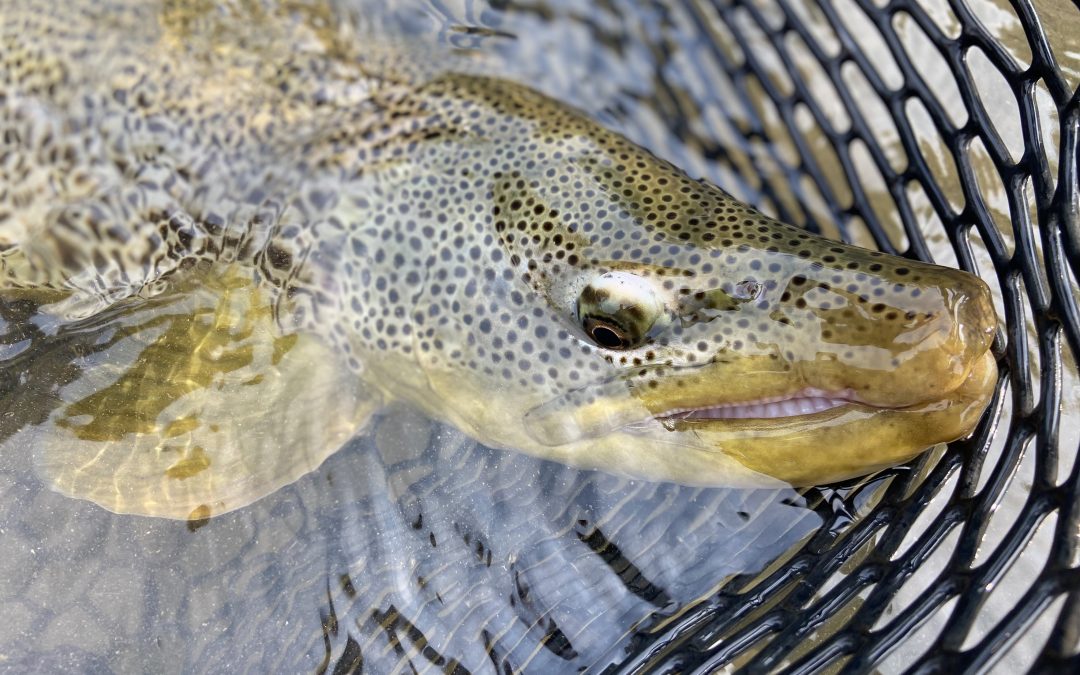 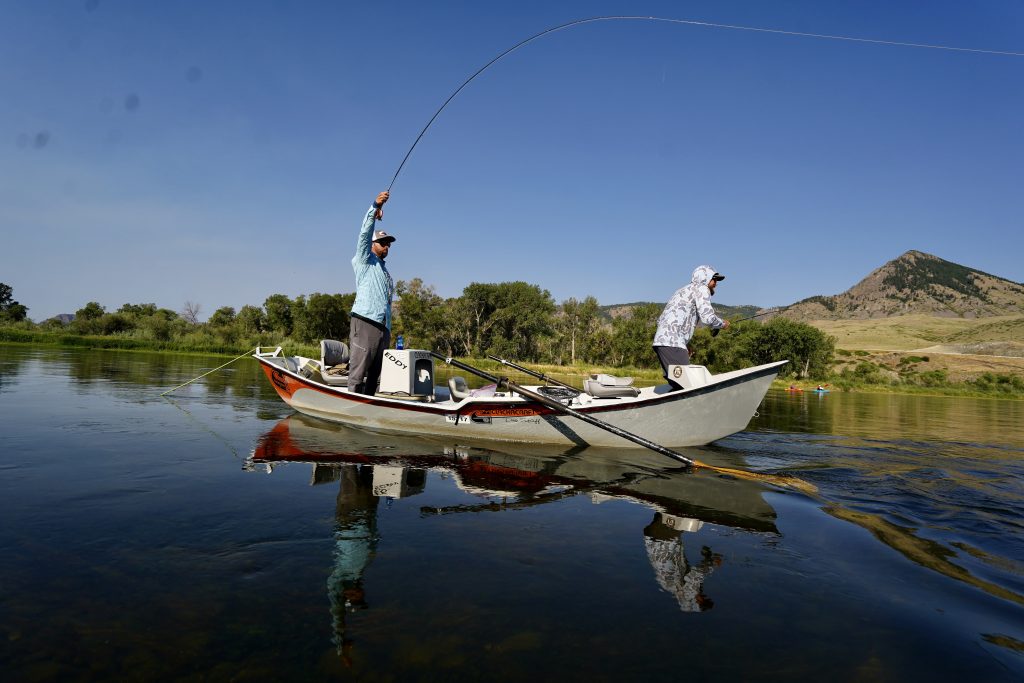 Now that are well into August conditions have finally improved and Hoot Owl Restrictions have now been lifted due to a recent cool down which included lots of much needed rain.The Rivers that we have focused on have been fishing good then due to warming temperatures shutting down.This cool down will now change that and we can expect consistent fishing throughout the day. 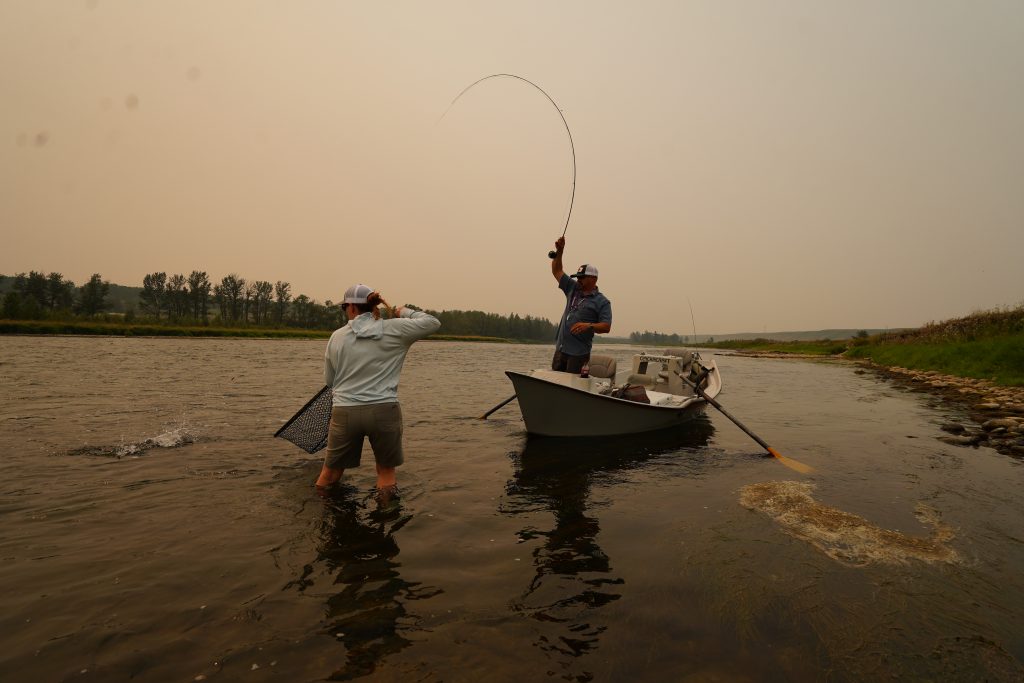 With the Canadian Border re-opening We are super stoked about our US Clients making the trip up and getting a piece of the Bow River.Fishing has been good to excellent making the trip north well worth it. 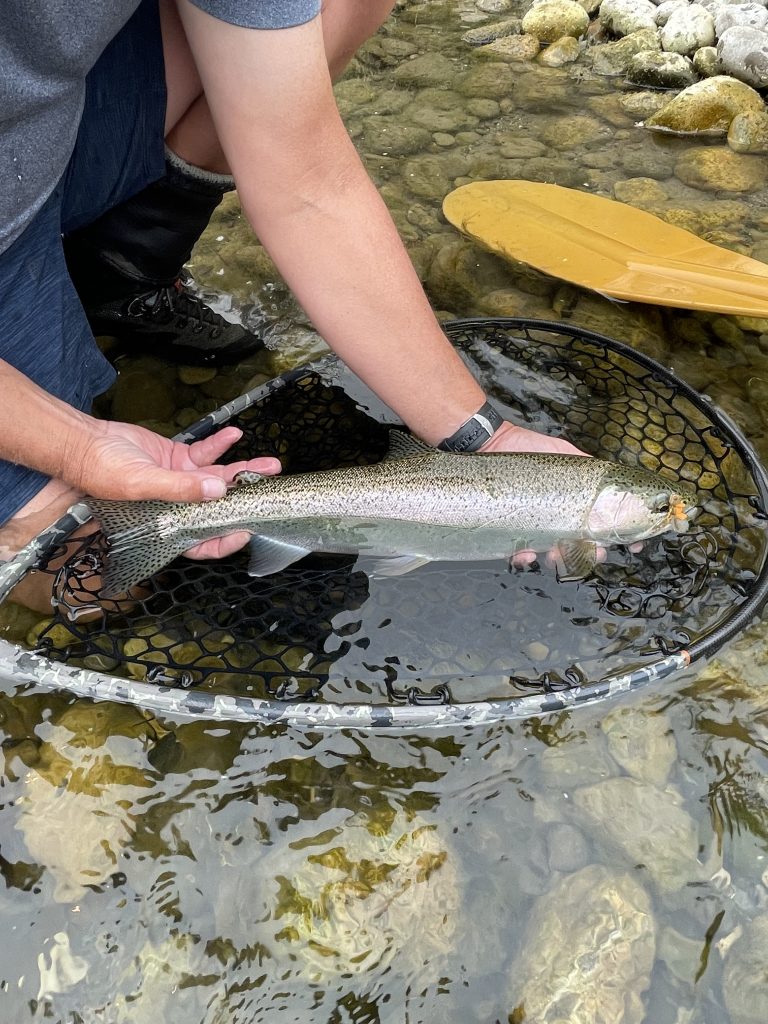 Montana’s Missouri River has also been producing well.Although low and weedy the Hopper Bite remains strong and we are excited about what the cooler water temperatures will do for conditions here on out.Contact Us and Book Your Trip 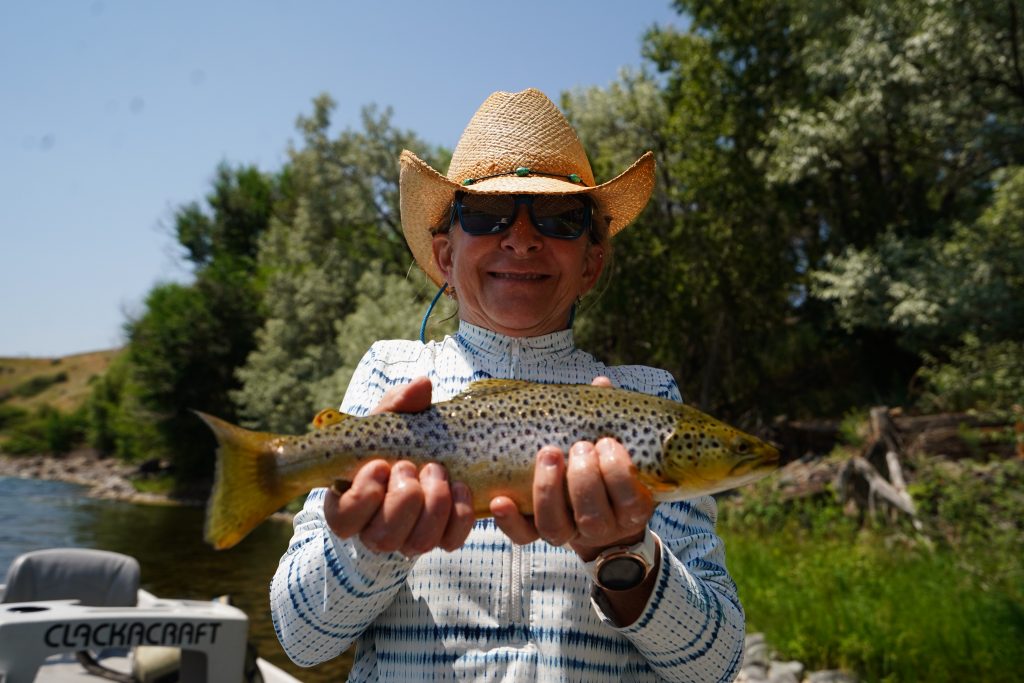 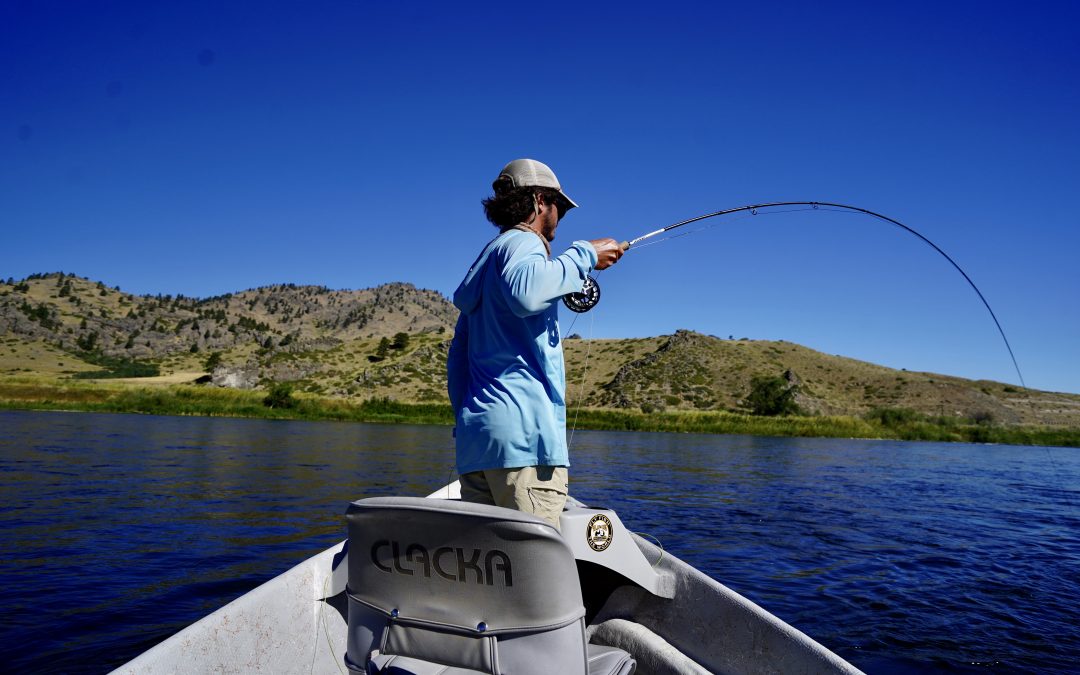 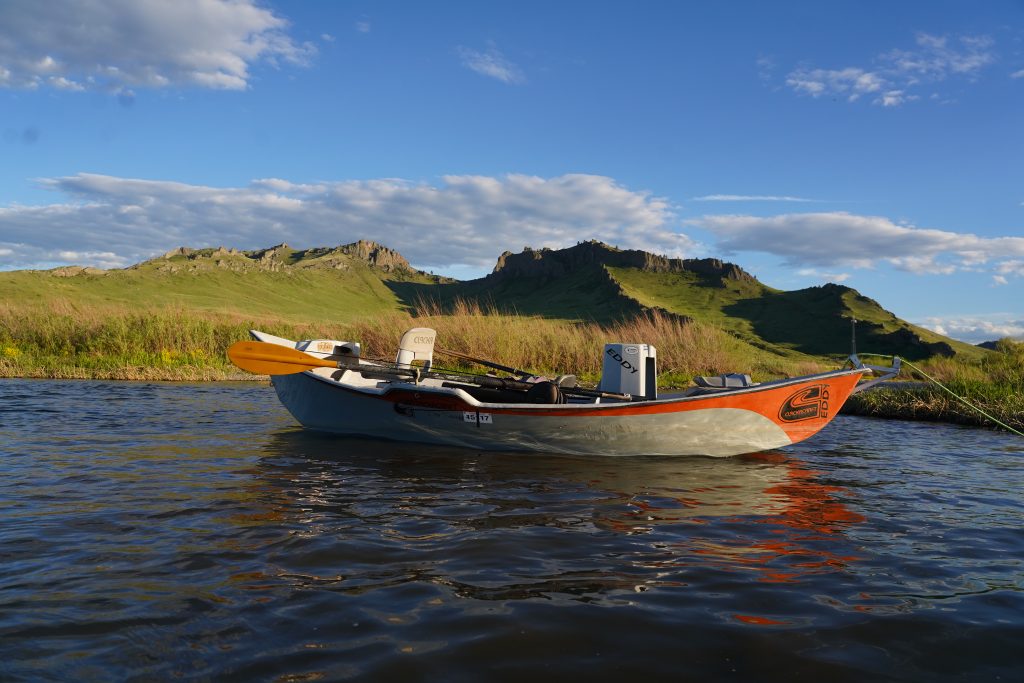 Our Fly-Fishing Season up on the Missouri River is in full swing, and the fishing  has been good and gets only better as the Season progresses.Caddis and P.M.D.’s have started and the fish are eating them. 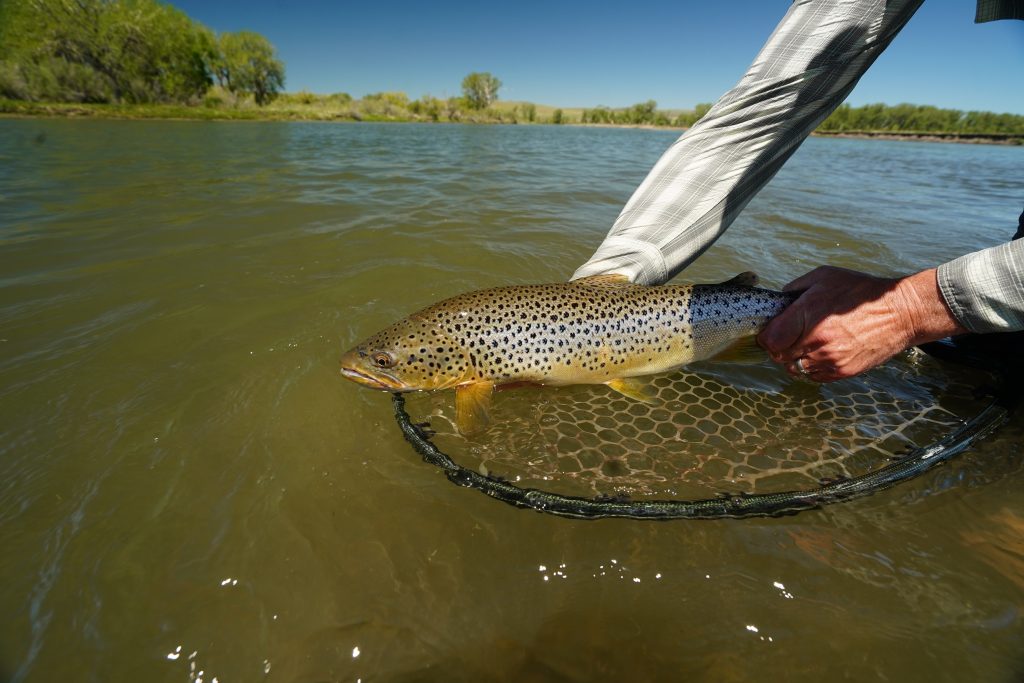 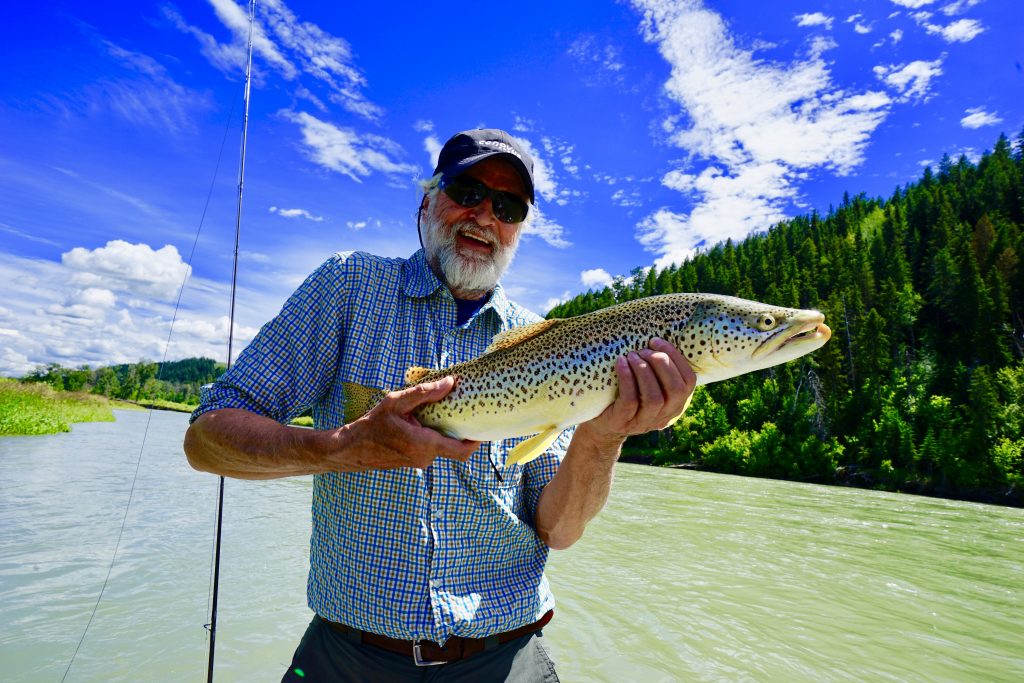 We have high hopes that the Canadian Border will finally be re-opening sooner than later but we are expecting by August at the latest.We are expecting things to get busy once the announcement is made.Due to the cooler temperatures “Up North”  August is a good month to plan an Alberta or British Columbia Fly-Fishing Trip  and it’s easy to get to.Stay Tuned ! 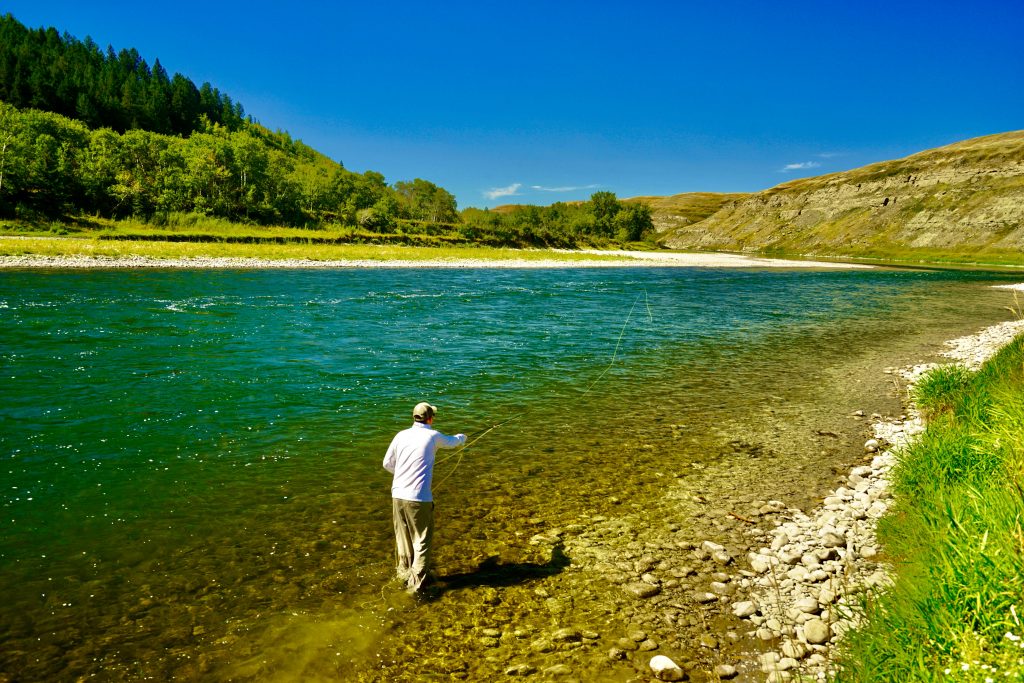 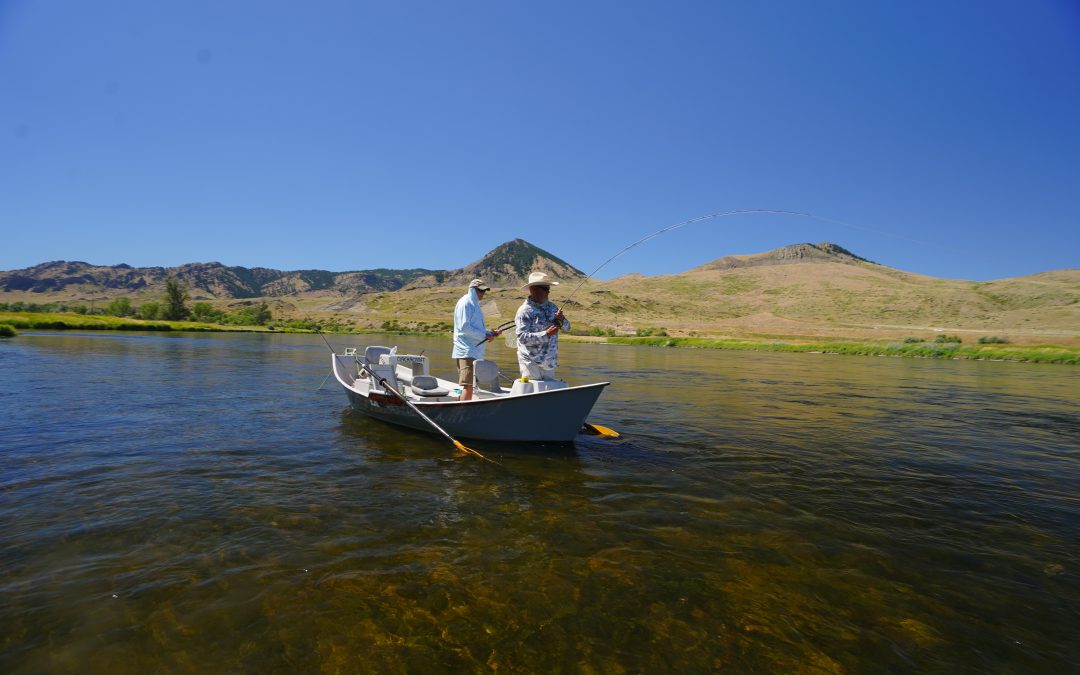 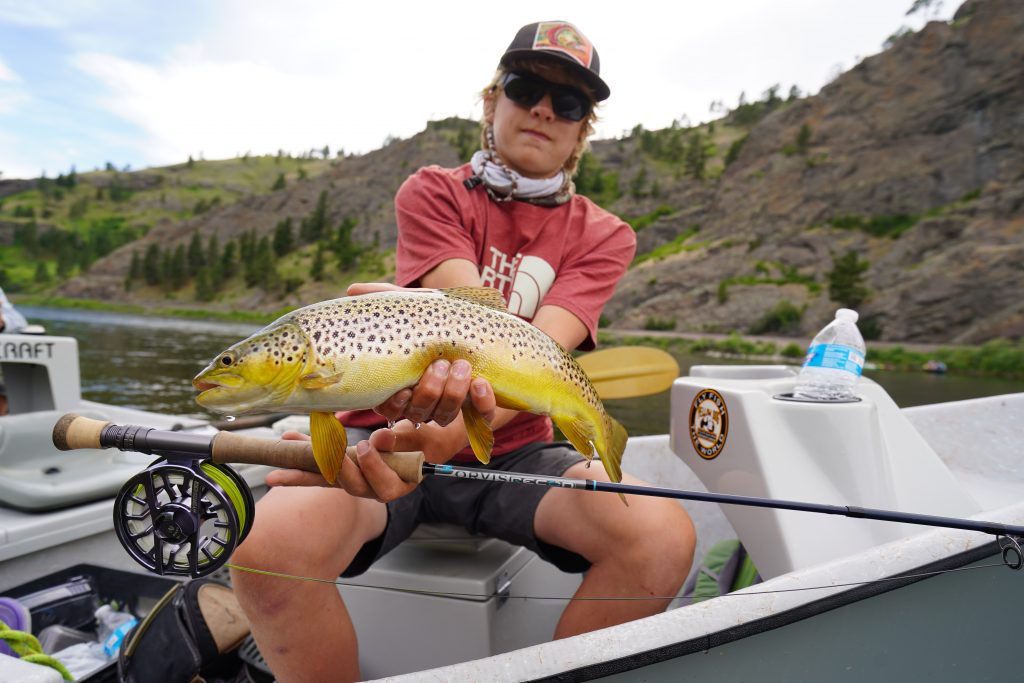 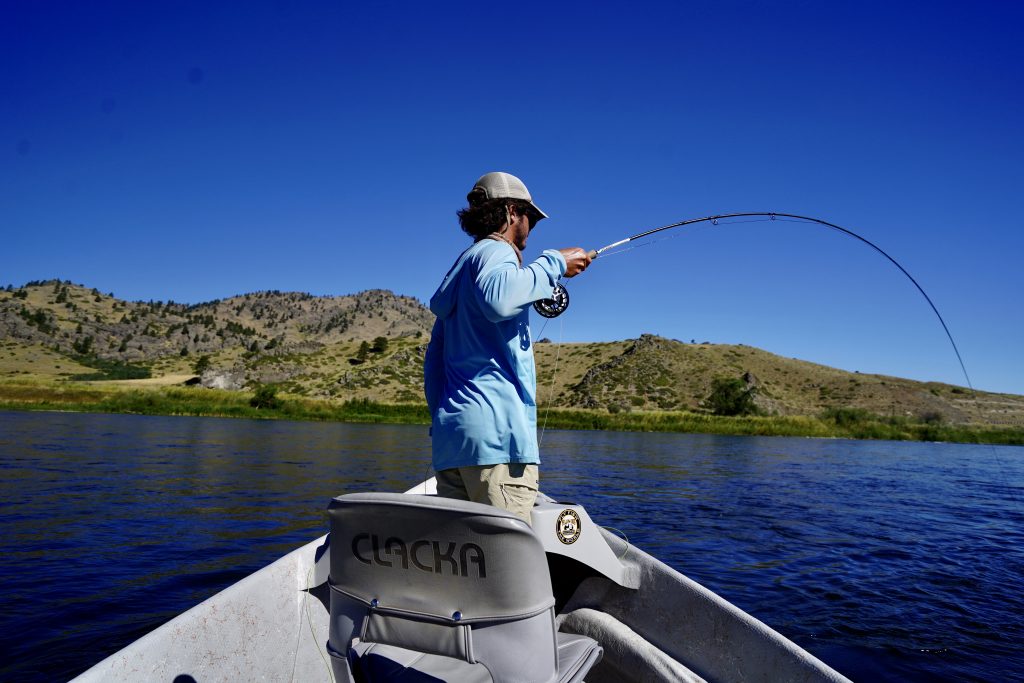 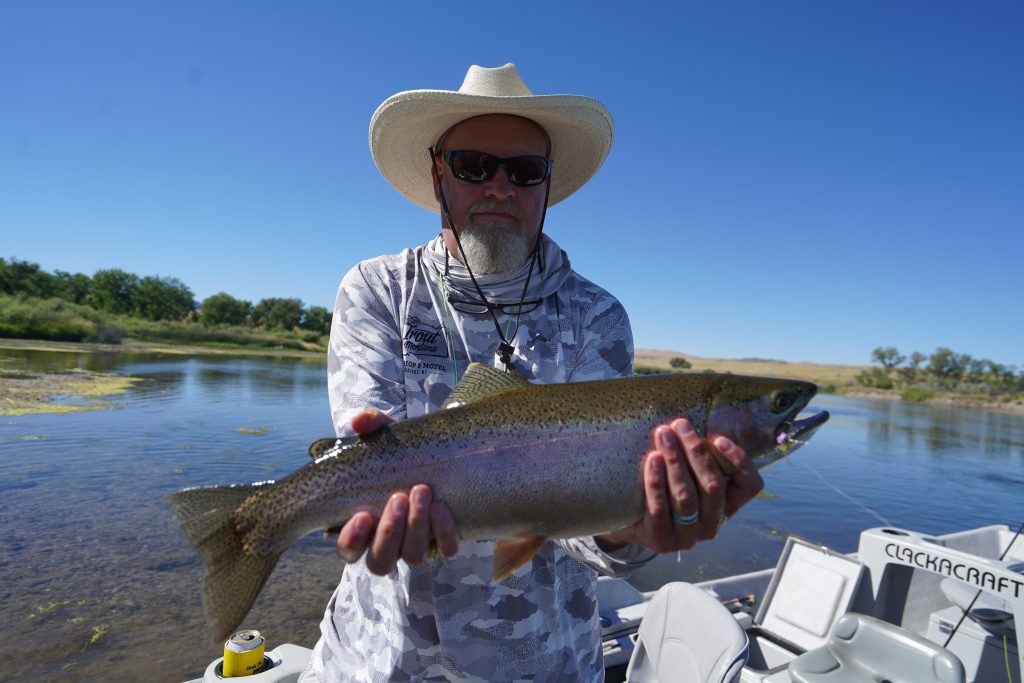 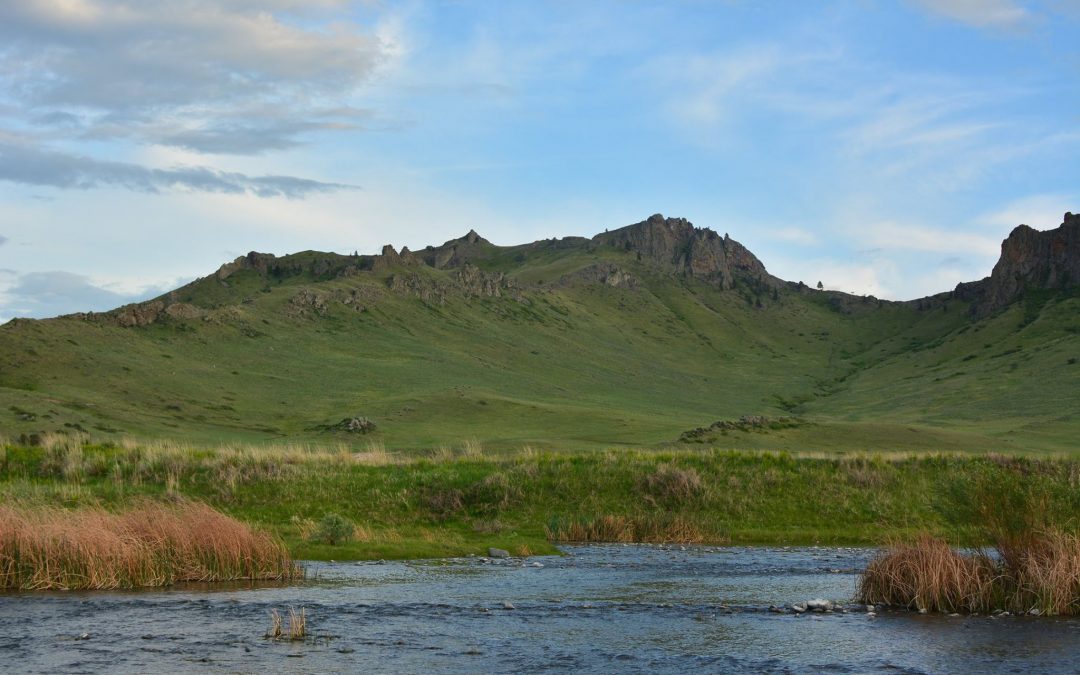 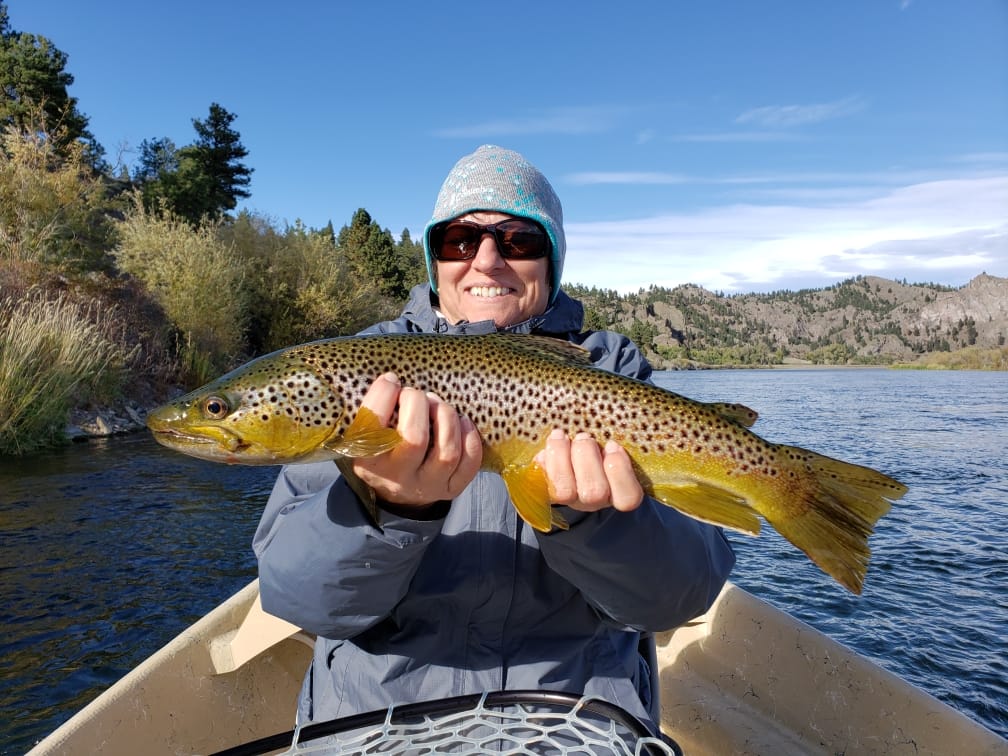 Lindsey Channel and Channel & Brown Outfitting Company is actively guiding on Montana’s Missouri River.This is a great time to get on the river and cut loose some Cabin Fever.Rates are also very good @ $450 per day per boat ..good thru April.Contact Us and We will make it Happen. 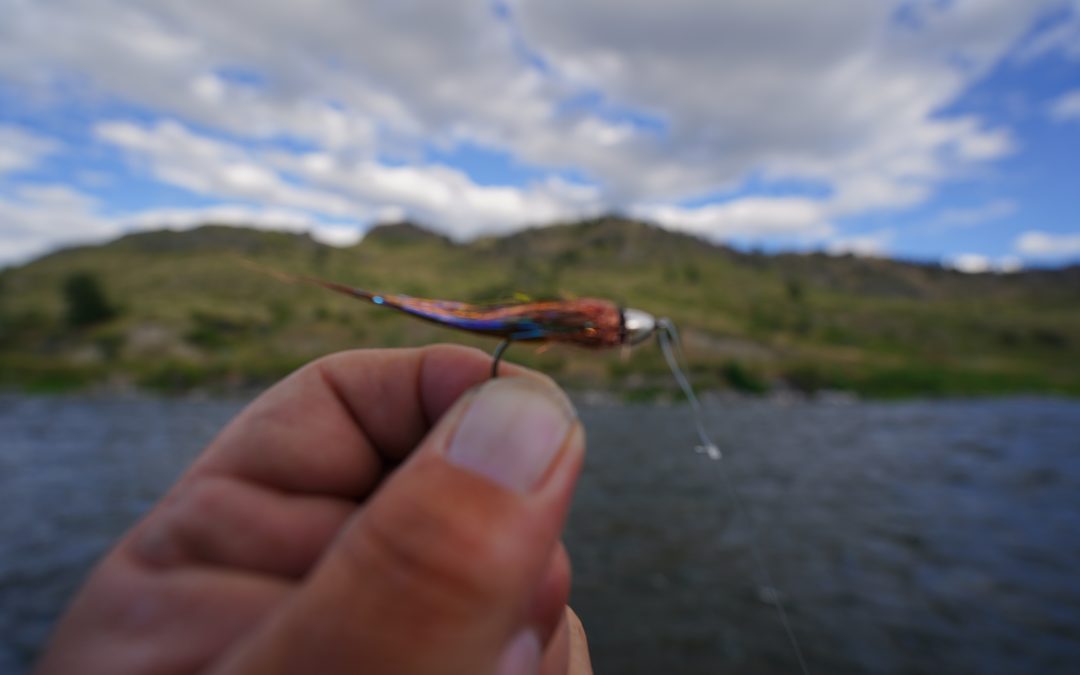 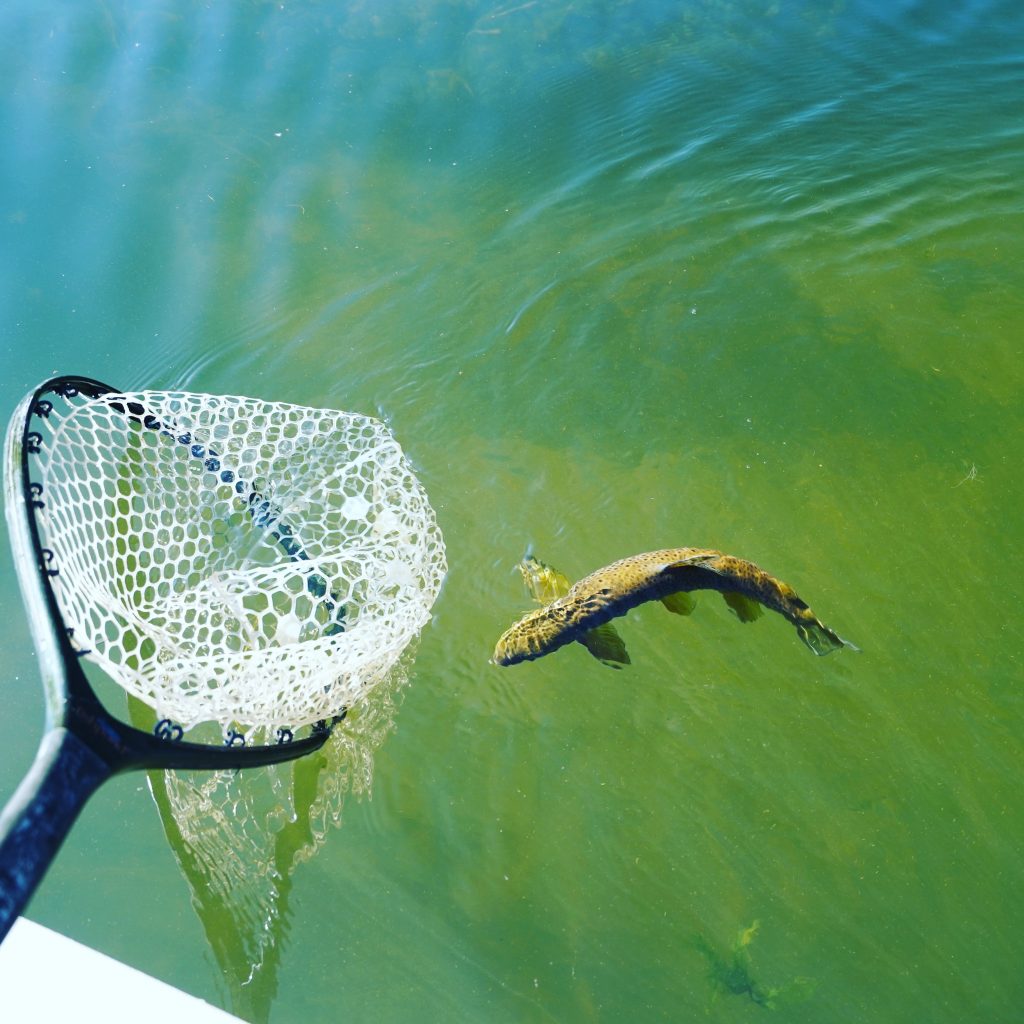 Looking at snow pack levels are normal for this time of year.Normal is good and our guess based on current snow pack conditions we will have good flows throughout the up and coming season.Our Top picks are my two favorite tailwaters which are Montana’s Missouri River and Alberta’s Bow River. 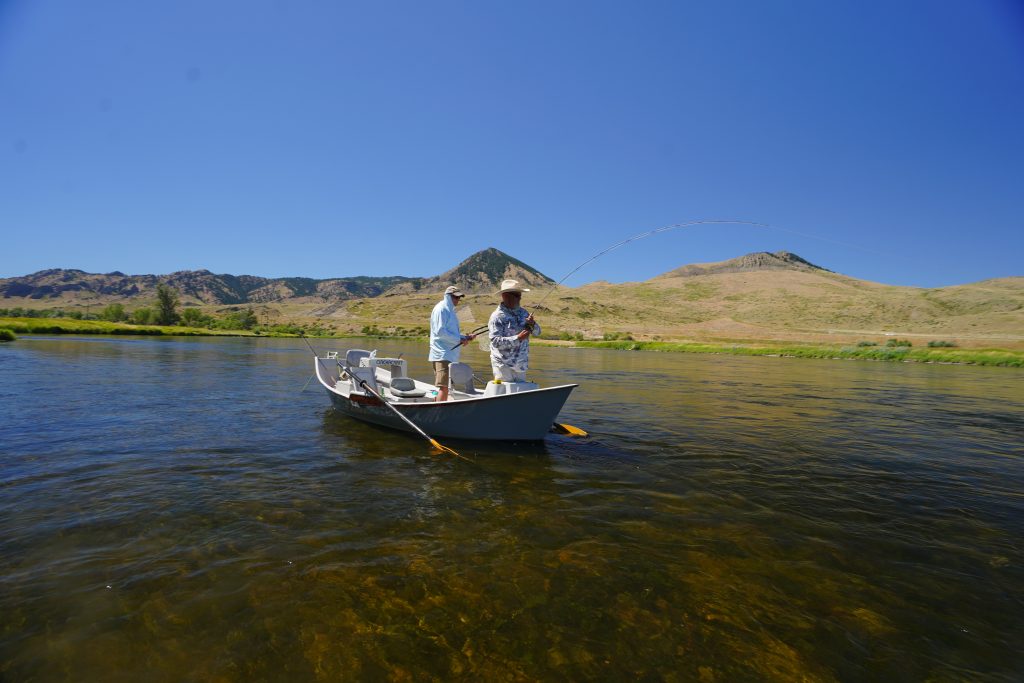 The Missouri River should be in prime shape by June 1st and The Bow River by June 15ish but play it safe for the Bow River and do not (provided the border re-opens ) book anything until July 1st.Contact Us and lets plan a trip ! 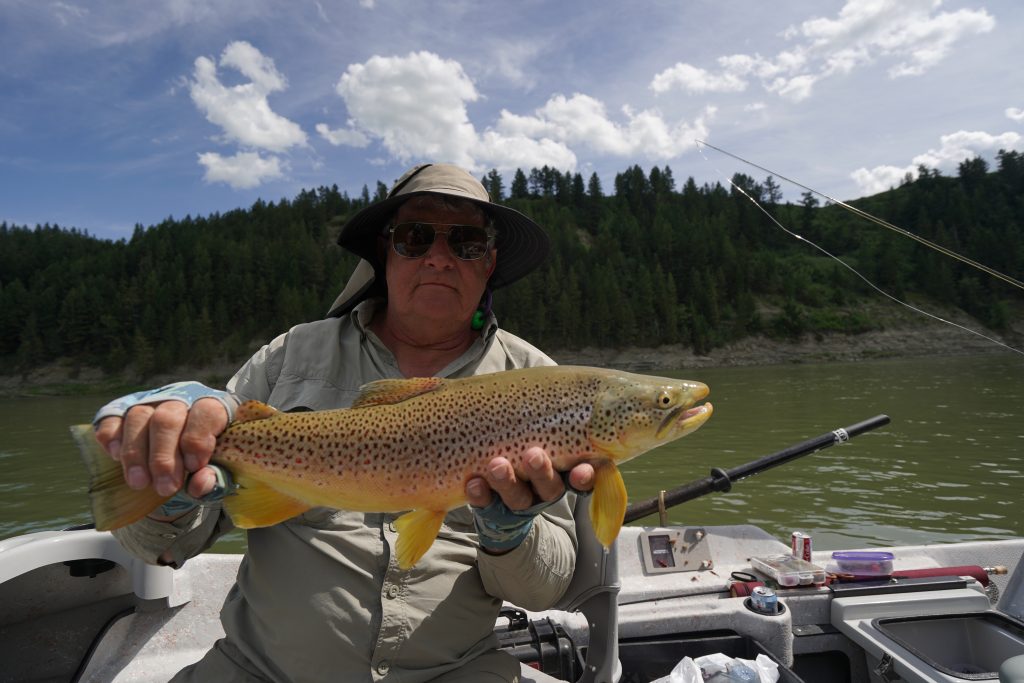 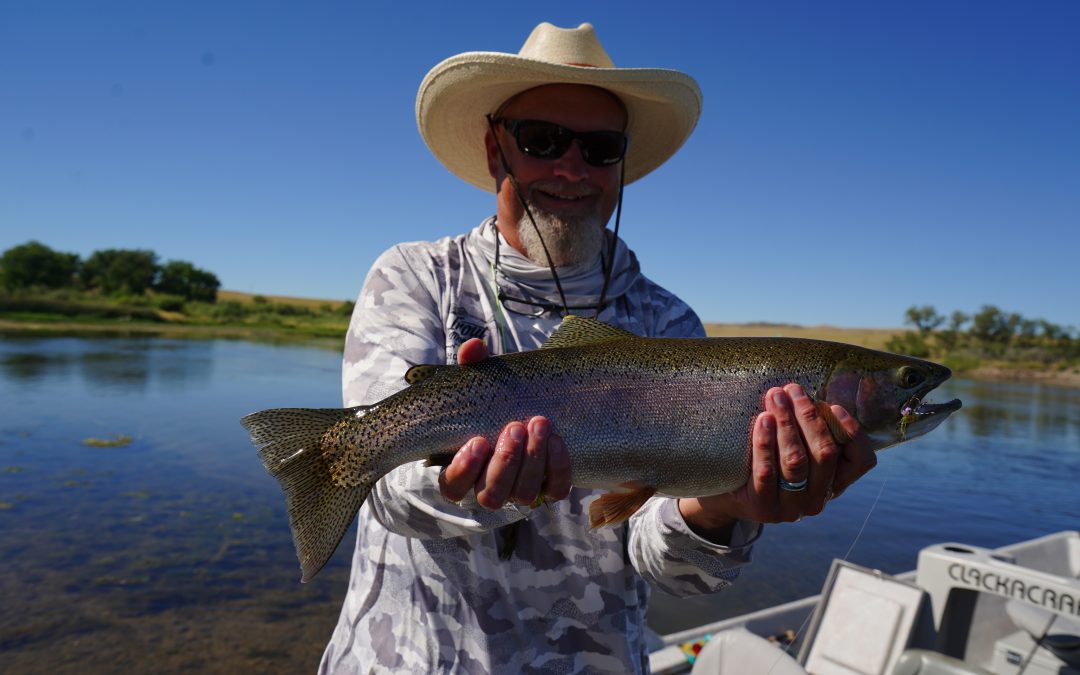 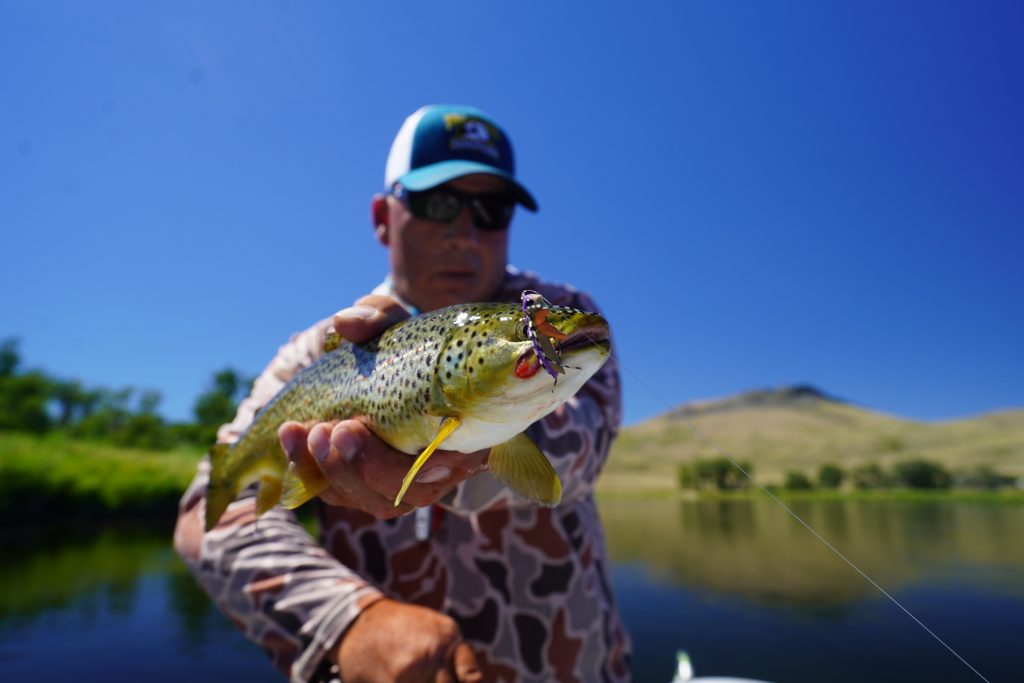 Overall the The Missouri River is fishing decent but its day to day.Anglers fishing early or staying out late are having the best results.Hopper fishing has been popular,other terrestrial patterns such as Ants have also been getting it done. 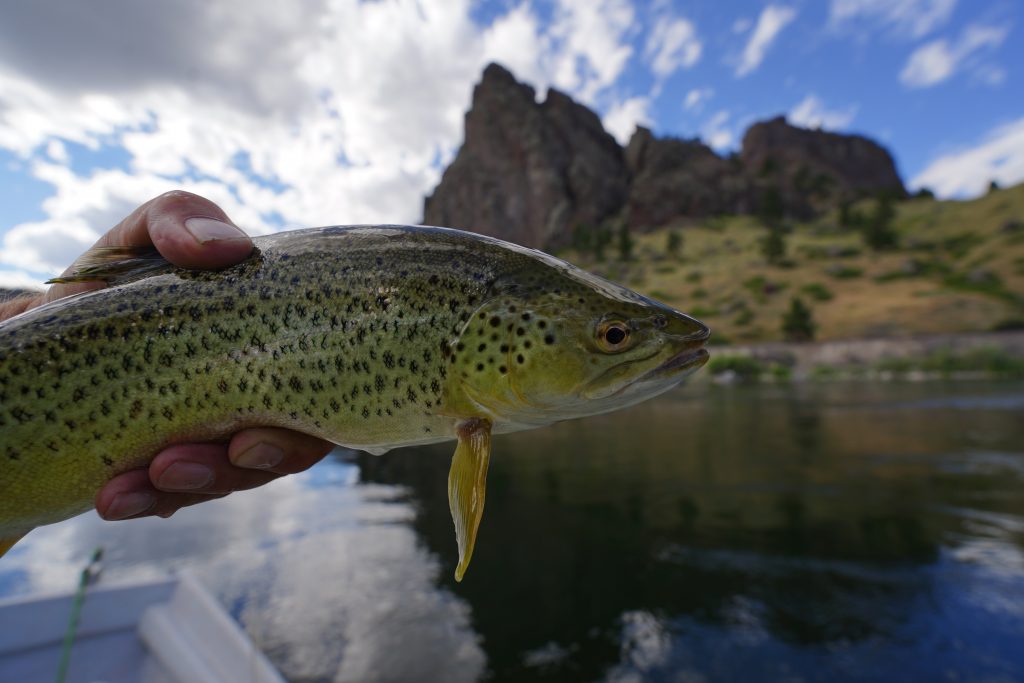 The River is less crowed thru the week than on the weekends,food for thought if you may want to dodge that bullet.

Our Crush -Mouse Puppies getting at it #pointer #e

Terrorists come in many ways sometimes disguised a

One of the new members of the kennel is “Roxy”

This Handsome guy is @lfiligenzi ‘s Trail Dog he

There is always a time when Waterfowl blow out and

Reed with his first ever wild bird #birdhunting #p

Kate Sticks a Pheasant ….somewhere in Montana #b

Buddy sticks a pheasant then shows off bonus is th