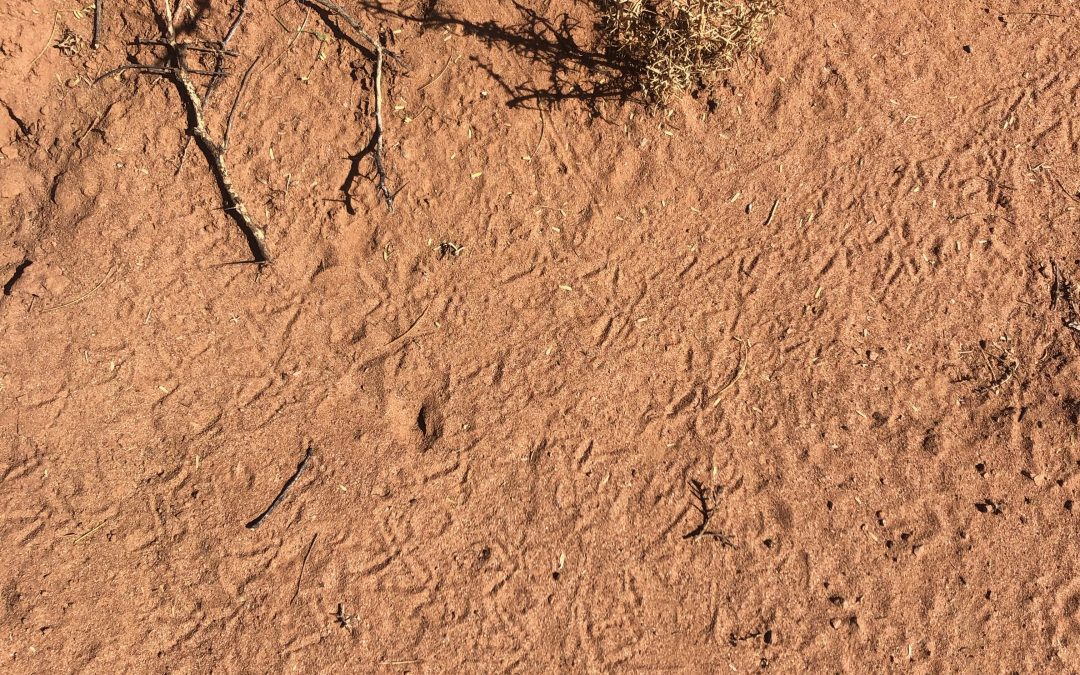 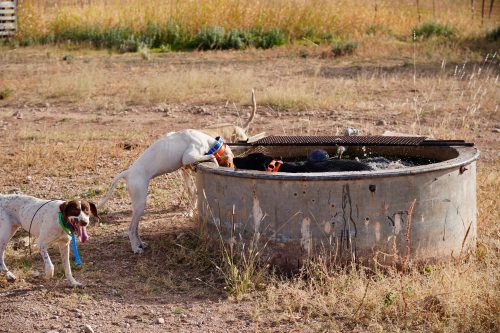 It’s good to be home in Arizona.With that comes a lot of preparation for the up and coming season which equates to driving around the S.E. Corner of the State and doing ‘Taste Tests”  better known as Scouting which entails running dogs and seeing what is out there. 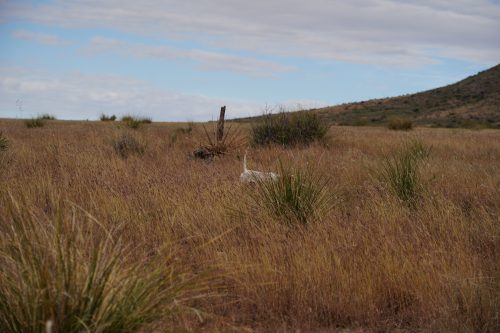 Other areas of the State might be better off  for Gambels Quail however the claim to fame to this area is the 3 Species that we can hunt which are Mearns,Gambels and Scaled Quail. 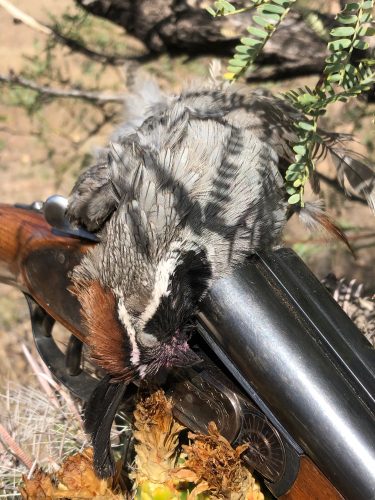 Due to really shitty scenting conditions,It’s been day to day,I’m encouraged on the “good “days when we find them however some days its a lot of walking or armed hiking chasing Birds that easily disappear.My observation is we a getting or harvesting young of the year Birds which is always a good sign.Its been hot and dry therefore when we get some rain this week conditions will drastically improve. 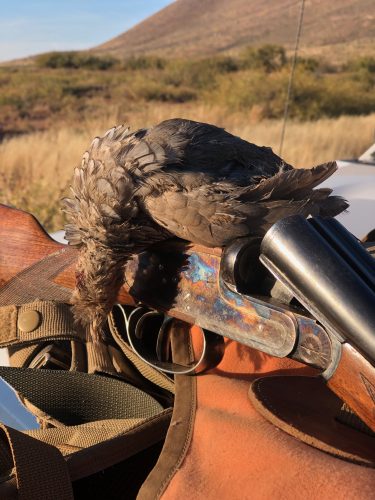 Young of the Year Scaled Quail 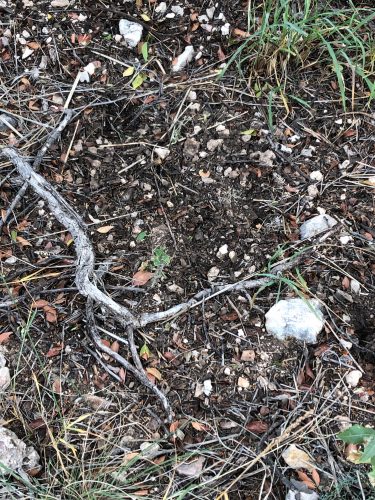 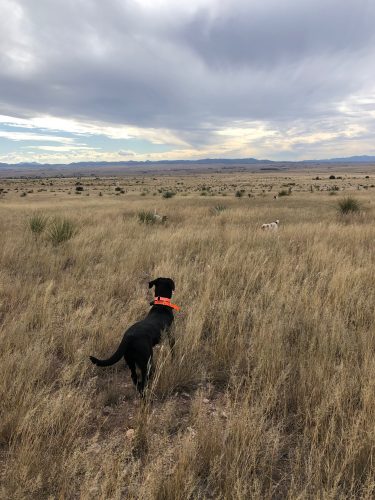 With all the choices in shotguns that are out there it seems the guns that really draw the ultimate in “sexy’ comments are side by sides shotguns.A few reasons for this are they are the original game guns as SxS’s and have been around a lot longer than any other model of shot gun except maybe the single shot.

That ads an element of tradition for those partaking in a sport that is steeped in.A lot of Doubleguns that are out there and being used by hunters come from an era when shotgun manufacturing was done by hand, with very little machining so there is a high degree of craftsmanship which is easily displayed on older guns regardless of price.Weight is another issue, for the most part a lot of SxS’s weigh less than their modern counterparts(Auto’s,Pumps and O/U’s )making then easier to carry and faster to shoulder while in the field.

Price wise you can spend a small fortune or not.Have look around on the Interweb there are plenty of decent guns out there for under $3K.

A fun way to make excuses to yourself for purchasing old or new SxS Shotguns is to pick a manufacture or a country of origin.My early endeavors where focused on British guns.Afterall The U.K. is the birth place of all things shotguns so I ran with that, and after buying and selling a few I comfortable in owning two British 16 gauge guns and one 12 Bore.

A budding collector can go on a early American Shotgun theme,chasing the old Parkers,Fox’s and Ithica’s or choose to collect guns from other countries such as Spain,Italy,Belgium and Germany.

All are great guns and well worth the chase.For those that are looking for affordable new Shotguns check out the Turkish built guns brought in by CZ USA

You don’t have to break the bank when you are looking to buy a SxS but you may have to justify your purchase to the higher authority.A few ways you can do this are by explaining that it is an apprciating investment,a bolder move would be to explain that you need that gun for certain style of hunting because your existing guns do not have the right chokes.A shotgun sludge fund is also another great way to save and get a new to you gun inside the house, providing that no one knows how many guns you currently own.Have fun with it and enjoy! 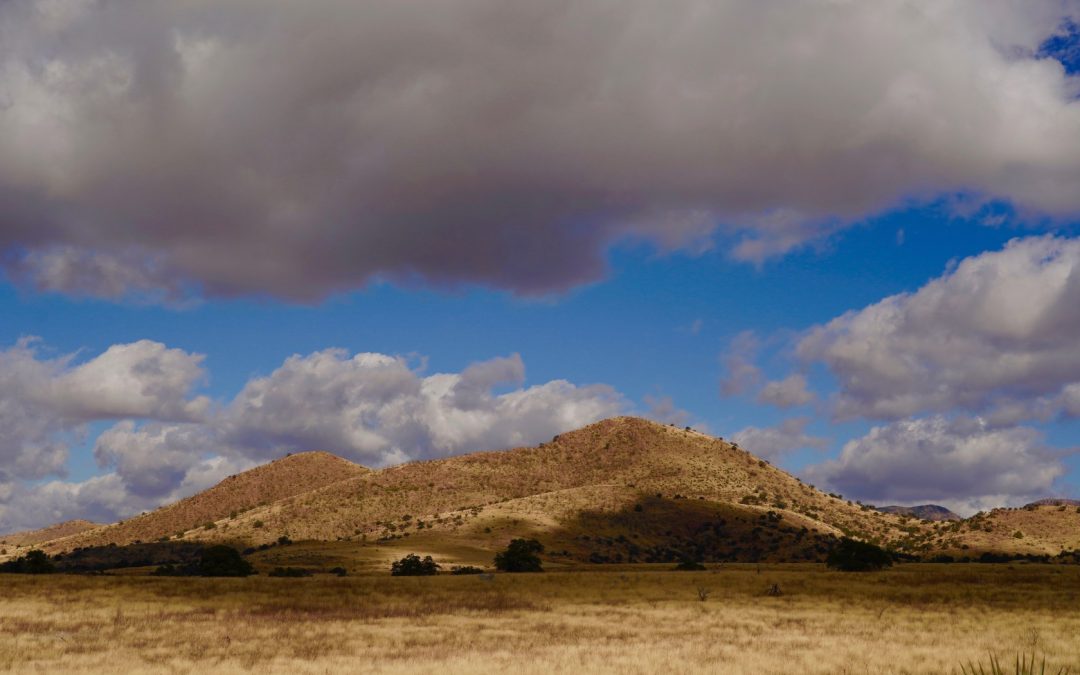 I guess it’s very apparent that my outdoor related activities are focused around Fly-Fishing and Bird Hunting.Of course there is a build up of anticipation which leads to the first day of ‘the season” which can be opening day or the day of arrival to a destination.As the season moves forward I get into the “groove” of picking my days of participating in that particular activity.As the season moves towards the finish line because of legal closer or time to go somewhere else I find myself wishing it would never end, at the same time knowing full well it has to. As the finish line draws close,I Fish or Hunt with a sense of urgency knowing full well I’m trying to make up for lost time.The season is going to be over before I know it and don’t want to be thinking to myself I wish I had hunted or fished more.

It hit like a hammer this year. I was faced with the fast approaching closure of the Arizona Quail Season,which ended Feb.10th.I had cleared my calendar for the final four days.Guide trips where contracted out so I could go for a selfish “walk” with just me and my dogs.I had to ‘power down” from the non stop “powering up” that goes with a busy Guide Season, I needed some space,which is something that Bird Hunting delivers.

I met my buddy Chad at the Cafe,after a very quick breakfast we headed out to an area that potentially could deliver a slam of the three species of Arizona Quail.Upon our arrival the wind was blowing and the sky was cloudy, scattered showers came and went as we sat it out waiting for the squalls to pass.Our first loop was a bust,after ten minutes we turned back to our trucks,because the w rain was blowing side ways with the wind, making it hard for the dogs to scent and we were getting cold.Chad and I both thought about “calling it good” which still would have been okay as most Hunters look at canceling a day hunting in the Arizona Desert due to rain as a bonus for the following season.Instead we waited,hoping the Squall would pass which it did.

We struck out with the same dogs from our botched loop,2 Pointers a Britt and my Lab.Moving fast to cover the open ground then slowing down as we got into “birdy” or heavy cover so the dogs could work it effectively.There were no Prayers for limits and shooting straight, it was “Hail Mary’ all the way!.Getting at it before we got rained out.The dogs pointed, we shot our SxS’s,birds where retrieved our collective spirits where lifted,we even lucked out scoring one more covey heading back towards the trucks.

The rain started again and we waited.Both the rain and wind intensified but there was glimmers of hope to the south and north in the form of the front breaking up.We continued to wait.slowly we began to feel sorry for ourselves we commented on how Mother Nature was screwing us over but sure enough we caught a lucky break as the front blew over us and the wind died down.Millie,Belle and Betty where wired up with tracking and locate(beeper) collars and off we went for the final loop of the season.

We Struck out into some Gambels Habitat with high hopes of still achieving a slam,which was no bueno.The Dogs sensed the urgency as the two Pointers Belle and Millie made some big casts while Betty the Brittany cleaned up behind them.We started to get points on Mearns Quail,harvesting a bird here and there in different Canyon mouths.

We continued to weave in and out of side canyons,up and over the walls and dropping into the canyon bottoms.At times a dog or all the dogs would run out of sight up a feeder canyon while I watched the Garmin Astro hoping it would go into Point mode.It did.

We wanted to see and count Coveys and did not bother to chase singles,always moving forward after the rise and steering the dogs into likely Quail feeding areas.When the points came the dogs would stack up backing each other then after the Covey rise we would move forward searching for more Coveys.

We where into the final segment of our Loop,the vehicles where in sight and the dogs pointed again.This time the birds flushed together as a group instead of a popcorn rise which happens when they are spread out feeding.For Chad and I seeing that particular rise indicated that the Quail are either roosting or moving onto the roost for the evening.We called it “good”.Shutting down the final day after moving 8 coveys and witnessing some excellent dog work.A perfect ending to an excellent season.The rain was the bonus for things to come.

Slowly but surely we are getting down to the wire of The Arizona Quail Season.Here in the S.E. Corner of the State it’s been a Mearns Game as Desert Birds are low.Despite the hectic pace of our Guide Season I’ve made it a point (no pun intended ) to get out and enjoy myself via following and shooting over my dogs.When I am guiding I’m often shooting thru the lens of a Sony AIII, for those quick snaps it’s an iPhone 8+ a great point and shoot.Enjoy the pics and if you are an Arizona Quail Hunter you best be getting at it !The Season will be over before you know it.Have fun and be safe Amigos! 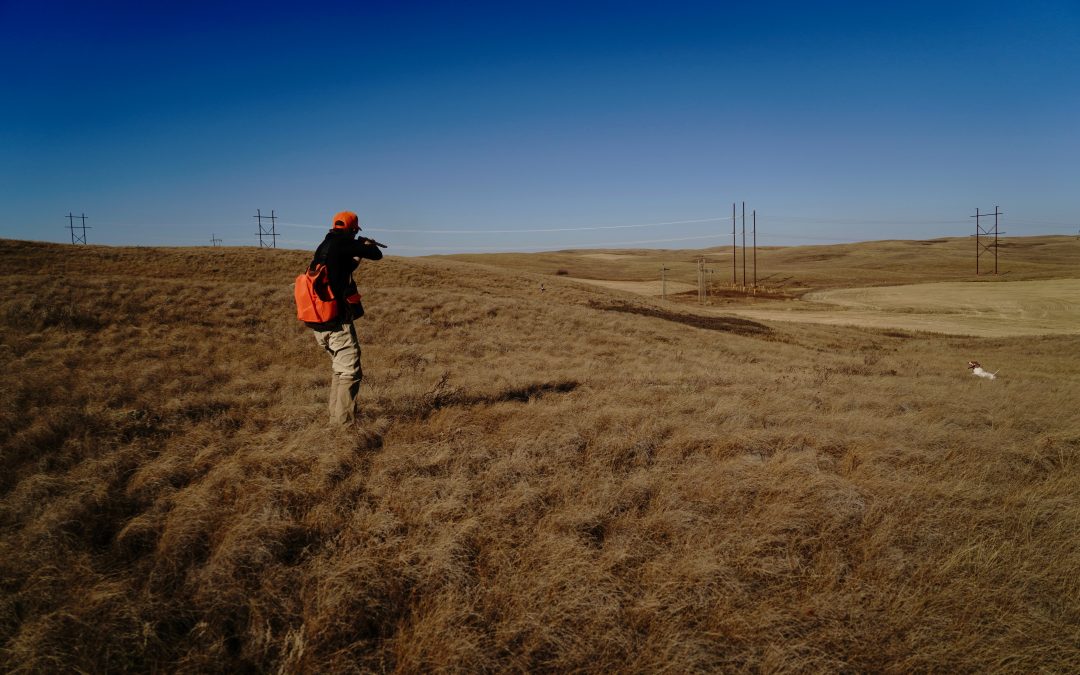 Here are a few pics from 2018.Once again I am grateful to be able to enjoy a variety of Landscapes while either Fly-Fishing or Bird Hunting.Bot hare fantastic sports that provide the participants a means of escape from the day to day grind.I sincerely hope you enjoy them and I wish you the best in 2019.Cheers ! 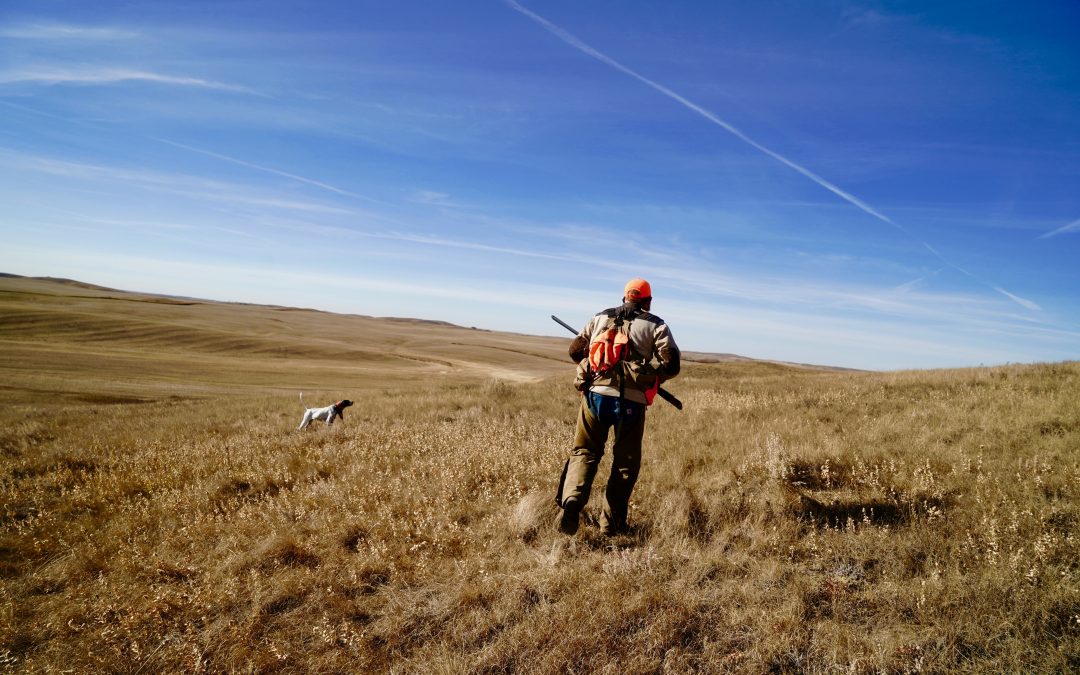 This Arizona Quail Season will go down as poor for Desert Quail (Gambels and Scaled ) and ok but spotty for Mearns Quail.This is due to poor winter rains which Gambels and to some extent Scaled Quail rely on.The Summer or Monsoon Rains where overall ok which translates into another year of The Mearns Quail .Decent in some places not so in others.But thats hunting.Perhaps a more realistic Mearns year than what we have experienced in seasons past.So what to do ?Get outside and play of course ! I can’t think of a better place to do that.Afterall Hunting is the excuse to get you out there so take it in Amigos.